How to add users to Workspaces? How to organize the sections and tabs of users?

Hi. The Workspace screens say that you should use Workspace for the teams. I have read somewhere that you can change the apps in the Workspace and they will change to all users.

But I have found nowhere to add users or roles to Workspaces so I can have a team working on a workspace.

Another question is that I have lots of tabs. Sometimes the names are similar, but I organized them with Sections for myself.

However, when adding tabs to users/roles, the tabs do not follow my organization. They are all mixed up.

The general workspace page is the same for every user, so you don’t need to add users to the workspace. Regarding roles, at the moment by no-code you are only able to set the permission bellow, but more are coming soon

Another question is that I have lots of tabs. Sometimes the names are similar, but I organized them with Sections for myself.

However, when adding tabs to users/roles, the tabs do not follow my organization. They are all mixed up.

I’ll send this feedback to the team to analyze it

Maybe this tab issue was before Workspace existed. I will analyze a little more how they work.

I made some tests.

It seems that a Workspace only appears to a user if the user has access to at least 1 tab contained in that Workspace.

And yes, I made some changes creating sections and they replicated to the users that had access to at least one tab of that Workspace.

It happens that the default Workspace is JESTOR Workspace. It doesn´t update to other users.

It seems the JESTOR Workspace tabs that were already there before Workspace were created remain in the Menu Root (not organized by sections of nested inside others).

So to have everyone with same organization, I should create Workspaces for every tab.

In the image below, a user menu in the “Jestor Workspace”… that section and nesting was created by the user itself. The other tabs the user has permission are all not organized, just lying on the root 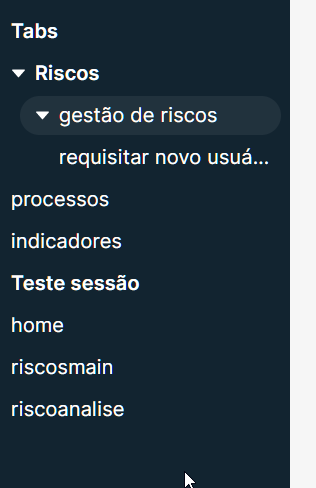 however, when using a Workspace created, the organization already came at once 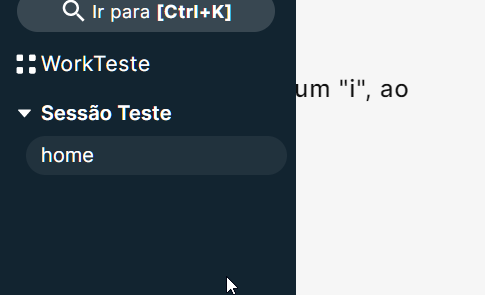